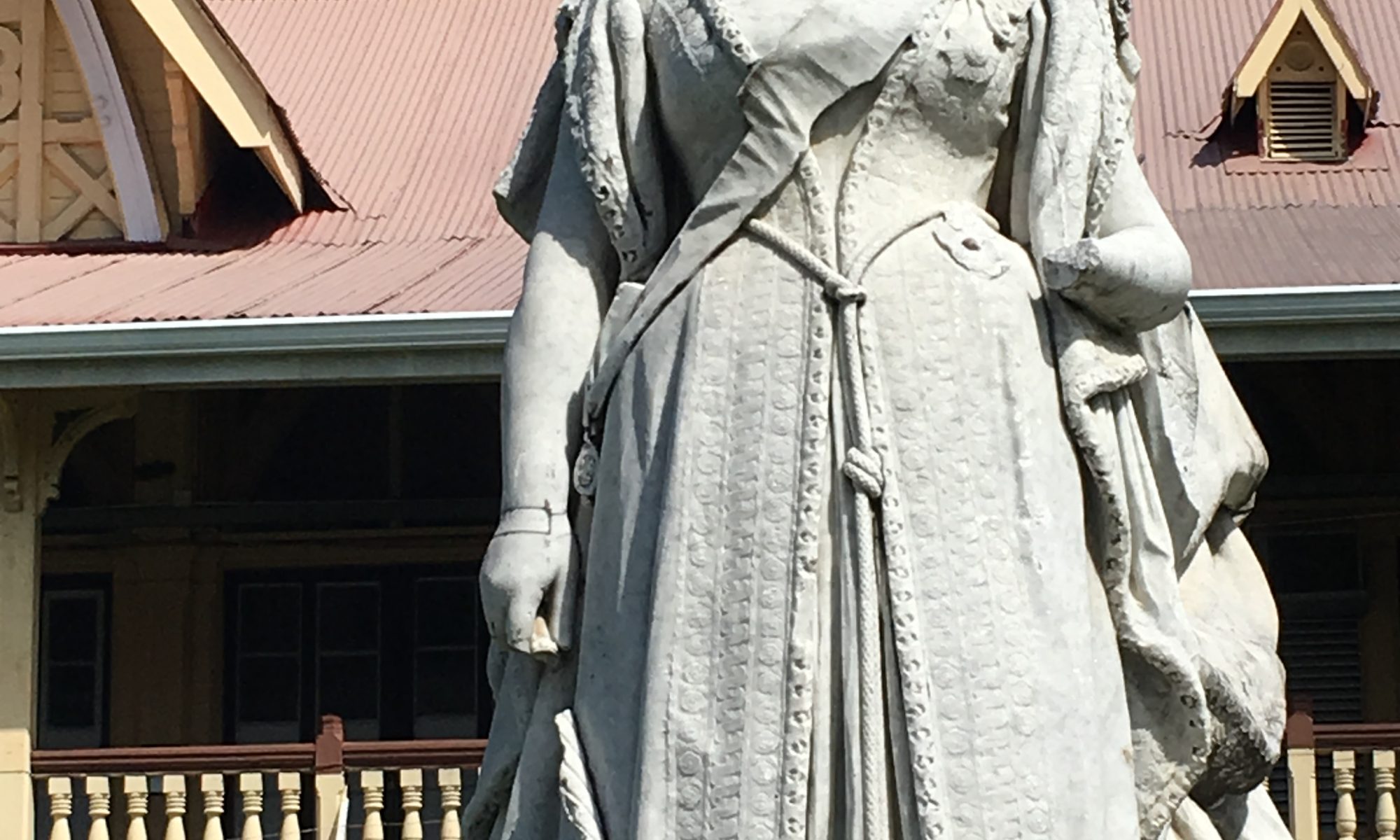 Last year (October 2016) I had the opportunity to visit Georgetown, Guyana and spent a day visiting the Supreme Court of Guyana as well as a session of the Magistrates’ Courts of Georgetown. 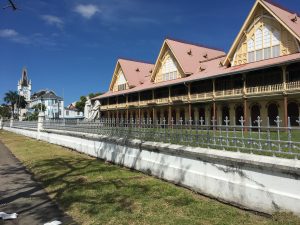 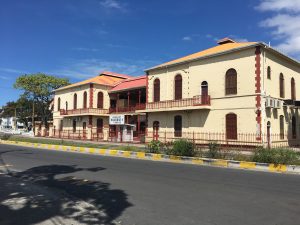 Right off the bat, the lack of air conditioning was…notable.  I know, I know.  First world problems.  But when it was 90-degrees outside, you quickly notice it when you walk into a crowded room with two dozen people and there is no AC.

Second, you can’t help but notice Queen Victoria.  Like any good commonwealth nation the Queen’s statue can be found in front of the highest judicial office in the country.

Only Queen Victoria didn’t have a left hand.  Or a nose.  The disrepair of the Queen’s statue left her resembling Lord Voldemort. 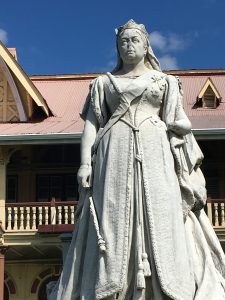 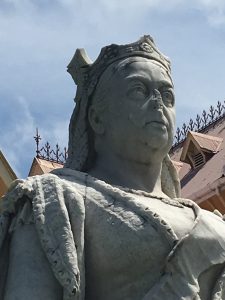 The statue was clearly put up when the British were still running the show and it looked like it hadn’t been maintained since Guyana declared itself a republic in 1970.

You think the British would have foot the bill to put Victoria’s nose back on her face.

I almost wondered if this was Cheddi Jagan’s way of getting back at Winston Churchill for Britain’s military intervention in 1953.  But the Non-Aligned Monument wasn’t in the best of shape either as Tito’s nameplate was missing. 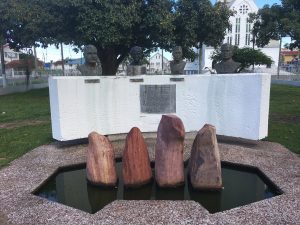 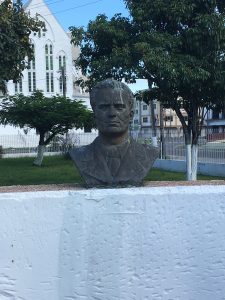 I went ahead and entered the Magistrate Court complex, and after a sign warned me not to “tout” I proceeded to sit in on a preliminary hearing on a homicide case. 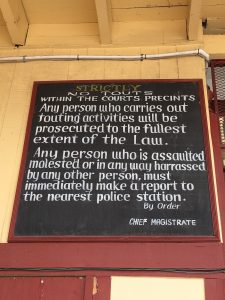 I left fascinated at the distinct differences between the Guyanese legal system and that of the United States.  For example, I never knew what the term “robing room” referred to.   I knew it was a webpage, but I never actually saw a robing room until I went to Guyana. 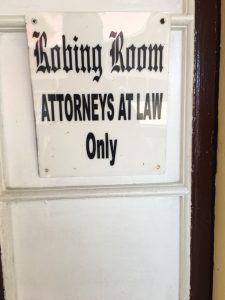 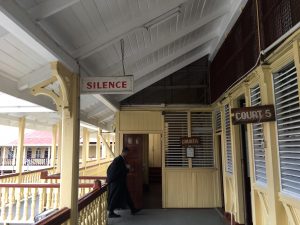 Also, the defendant was required to sit in a box that made me think of a penalty box in hockey. 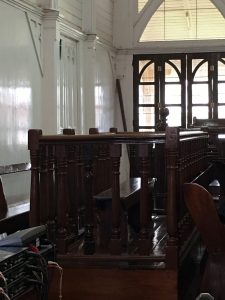 Perhaps most fascinating was the way that the court made a record of the hearing.  From what I could tell the attorneys made their arguments, questioned the officers, cross examined the witnesses, and gave closing arguments while the magistrate scribbled furiously in a yellow legal pad.  At the end of the hearing came what I felt was the most interesting and fascinating development of the entire hearing: the magistrate read from his yellow legal pad and, if the attorneys were in agreement that this was an accurate record of the testimony, these pages were entered into the record.

Now right off the bat, I wondered how legible these pages could be.  The audio in the courtroom wasn’t the best, and is common in court hearings the witnesses often spoke softly, or in the alternative,  rapidly.

Later I went and visited the record archives of the Supreme Court and, well, let’s just say it didn’t appear to be particularly organized.  It felt like one of those places where the record keeper had been there for a few decades, and when he retired, nobody would be able to find anything. 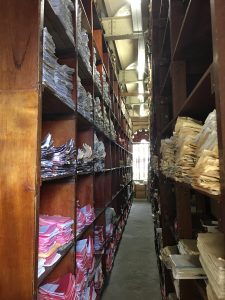 I bring this up since I recently read about a fire at the prison in Georgetown.  A fascinating article by Dennis Adonis in “Caribbean News Now!” discussed the potential legal dilemma facing the court’s in Georgetown due to the loss of “thousands of conviction records, prisoner profiles, sentence particulars, and committal warrants” destroyed by the fire.  Adonis noted that in Guyana prohibits “the prison system from incarcerating a person without a warrant or an instrument that was issued by a convicting magistrate or judge, to commit that person to prison.”

The end result may be that Guyana is forced to release nearly half of the inmates who were housed in this prison facility.

It sounds like the Supreme Court of Guyana is about to get a lot busier in the coming months.