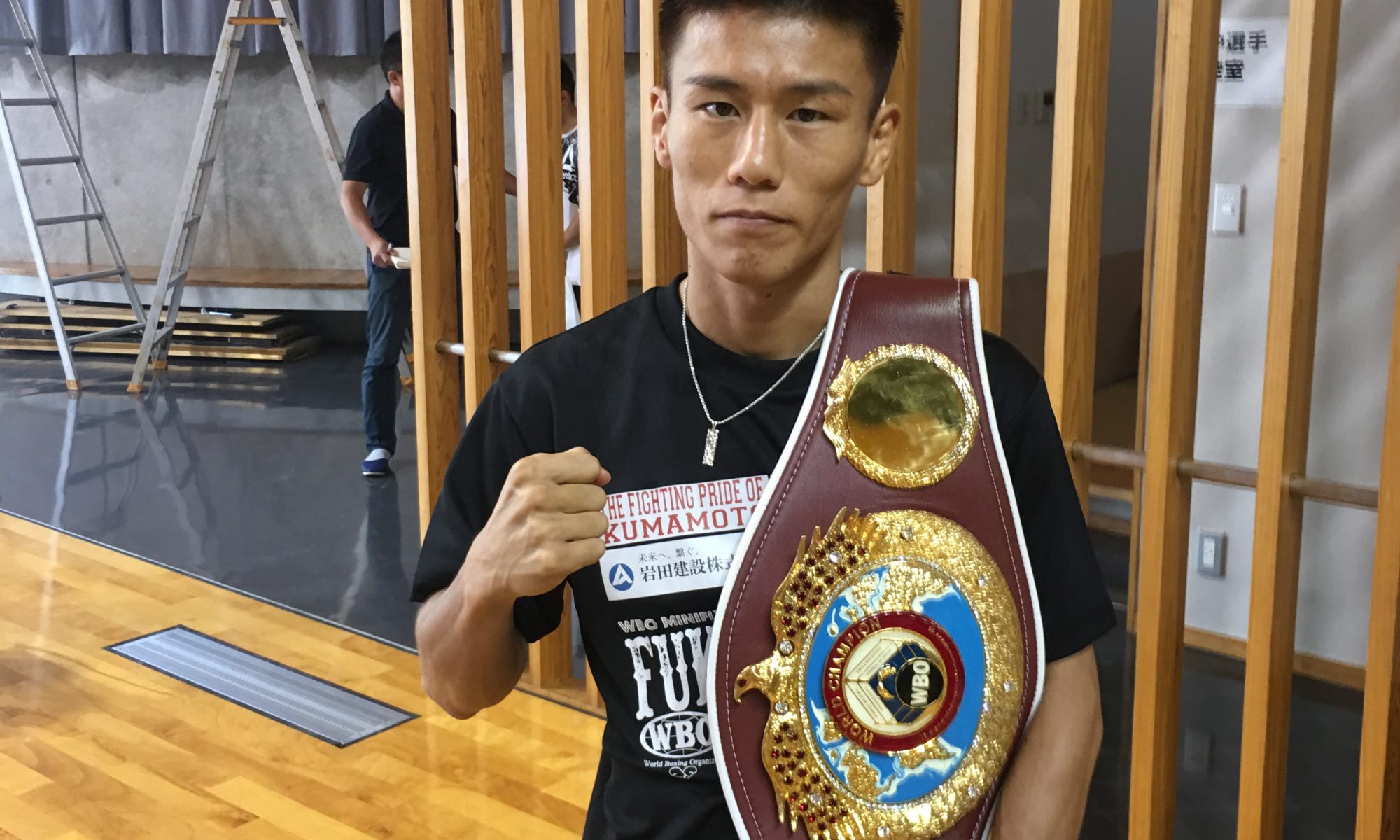 Boxing, like life, is often about being at the right place at the right time. And for popular Japanese minimumweight Tatsuya Fukuhara (19-5-6, 7 KOs), he is now very much in the right place. Just three months after the former WBO champion dropped his belt to countryman Ryo Yamanaka, Fukuhara is set to take on the biggest name in the 105-pound division: Thailand’s Wanheng Menayothin. Fukuhara is slated to take on the undefeated Thai champion on November 25th in Nakhon Ratchasima Thailand in a fight that could propel Fukuhara back on top of the minimumweight division.

After all, Menayouthin is arguably the most recognizable champion in boxing smallest weight division since Ricardo Lopez…thanks in part to a former heavyweight champion from Brockton, Massachusetts. Rocky Marciano’s record of 49-0 was thrust back into the spotlight when Floyd Meaweather took on Conor McGregor in a glorified exhibition match that saw “Money” improve his record to 50-0. It was enough to create interest in the little known Thai champion who himself was inching towards tying Marciano’s mythical record. But unlike Mayweather, who broke the record against a fighter making his professional debut, or even the legendary Julio Cesar Chavez (whose 50th fight was a non-title affair against a fighter with a 1-15 record) Menayothin seems determined to take on the toughest opponent out there for his 49th fight. Fukuhara is widely seen as one of the most dangerous fighters in the WBC rankings and although he will be stepping into hostile territory he nonetheless is regarded as a tough fighter who has the tools to give the Thai champion problems.

He also is keenly aware of the history of Japanese boxers stepping into the ring against Thai champions in Thailand.

Nonetheless Fukuhara recognizes that there are some factors that may actually work in his favor.

“The matchmaker for this bout is the same one who matched the one world title bout when the Japanese boxer won,” Fukuhara added. “I have heard that the supervisor and one judge will also be coming from Japan. This is a big chance for me, so I’m going to put it all on the line. I’ve been training hard, and I’m excited. This is a big chance for me, and I’m going to win.”

Fukuhara may also have one other interesting historic factor working in his favor as well. When champions close in on the Marciano record, more often then not they stumble. Former heavyweight champion Larry Holmes ran into Michael Spinks in his 49th fight. Former light heavyweight champion Dariusz Michalczewski was derailed by Julio Cesar Gonzalez in his 49th fight. Even former IBO champion Brian Nielsen stumbled in his quest to break Marciano’s record, getting stopped by Dickie Ryan in fight number 50. For world champions with 48 or 49 wins, unless they are fighting a journeyman with a 1-15 record or a debuting MMA fighter, they tend to stumble just as they close in on 50-0.

Still, titles are won in the ring and Fukuhara knows he will have his work cut out for him on November 25th.

“He’s a fighter, a slugger, so this is going to be a brawl.” Fukuhara added. “We are going to go at it. I’ve been training to increase my punching power.”

As Fukuhara showed in his WBO world title winning performance against Moises Calleros, a brawl is something that would suit him just fine…and more than likely it would suit boxing fans as well. After all, if a record of Marciano’s is going to be broken or derailed, it is just appropriate for it to be decided in a Rocky-esque slugfest.

Make no mistake. Tatsuya Fukuhara is at the right place. But one question nonetheless remains. Is this the right time?