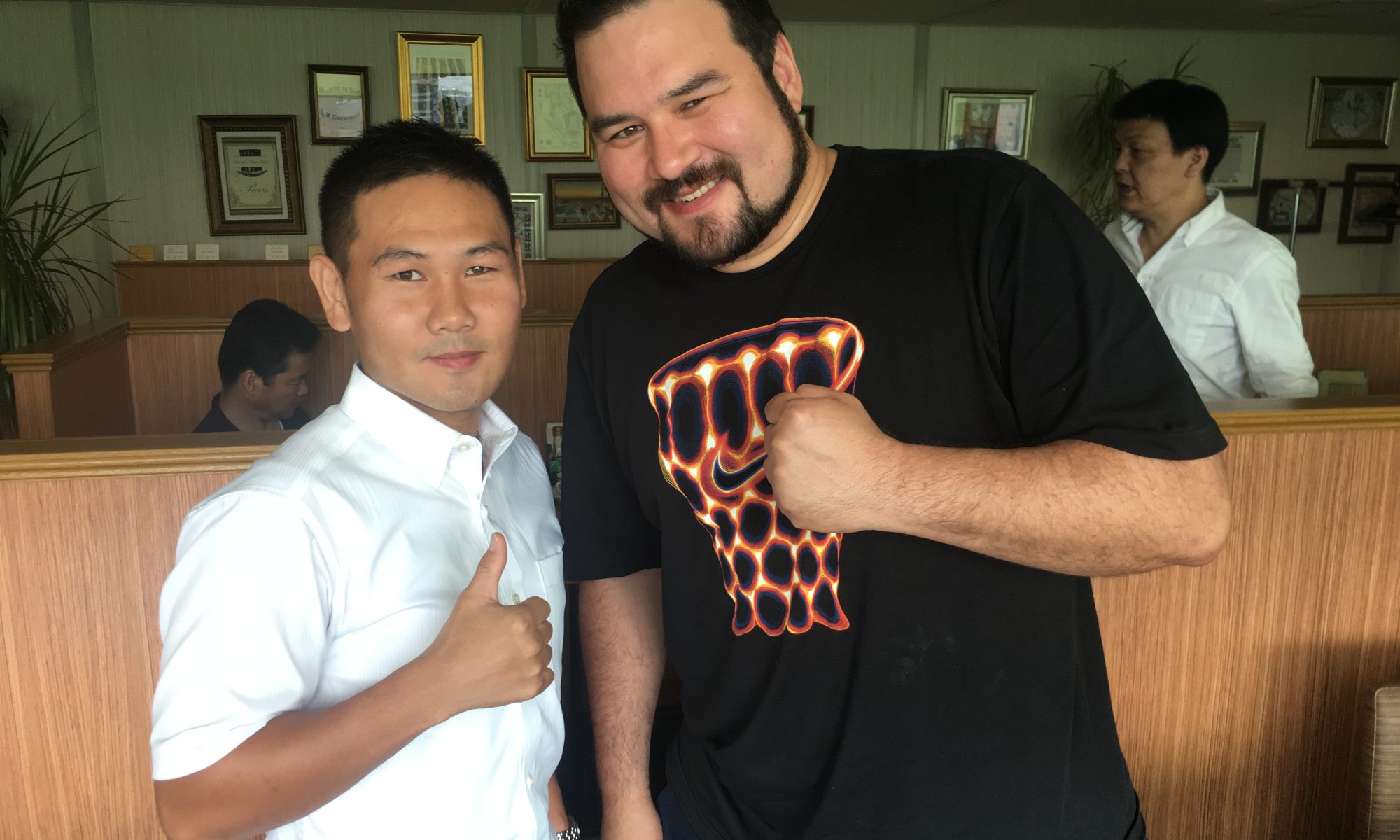 Retired six time minimumweight champion Katsunari Takayama (31-8, 12 KOs) was just approved an amateur boxing license by the Japan Amateur Boxing Federation, clearing his way to fight for Japan in the 2020 Olympics.
“After examination and an interview with him that we conducted on October 9 we, the JABF, came to the decision to permit him an amateur registration,” JABF attorney Yusuke Toda was quoted as saying by the English language Japan Times.
The move was hardly routine for the only Japanese fighter to win world titles in all four major sanctioning organizations.  The 35-year old Takayama retired in 2017 in an effort to qualify for the 2020 Tokyo Olympics only to have his boxing license denied.  This despite the fact that the International boxing Association (AIBA) allowed professional boxers to compete in the 2016 Rio Olympics.  The subsequent battle for his amateur license proved to be one of Takayama’s most difficult, but against formidable odds Takayama was able to weather the storm and prevail after allegations of misconduct led to the resignation of former JABF president Akira Yamane.  Yamane’s opposition to granting the professional boxer a license was ultimately the biggest hurdle of Takayama’s dream of becoming the first boxing champion to win a gold medal at the Olympics.
“There has been many Olympic medalists throughout the world from many countries who have gone on to become world champions as professional boxers,” Takayama told Fightnews in an interview back in August of 2017.  “But there have been no world champions in professional boxing who have gone on to win the gold medal in the Olympics.”
Although Takayama will probably be the most accomplished fighter in the 2020 Olympics and one of Japan’s most promising medal contenders, he still needs to qualify for the Olympics in an amateur tournament.  Although Takayama is expected to resume his amateur career as early as April of 2019, there is a recognition by many in boxing that his path to a gold medal will still be a formidable one.  In 2016 three professional boxers competed in the Rio Olympics, and all failed to win a medal despite concerns early on that their experience would give them an unfair advantage.

“I’ve fought all these amateur boxers before. I’m not surprised I lost to an amateur because I used to be one. ” former WBA and WBO middleweight champion Hassan N’Dam N’Jikam told SB Nation after he was shockingly upset in the opening round of the 2016 Olympics to little known Brazilian named Michel Borges.  “Professionals don’t have an advantage because the characteristics of the fight are different.”