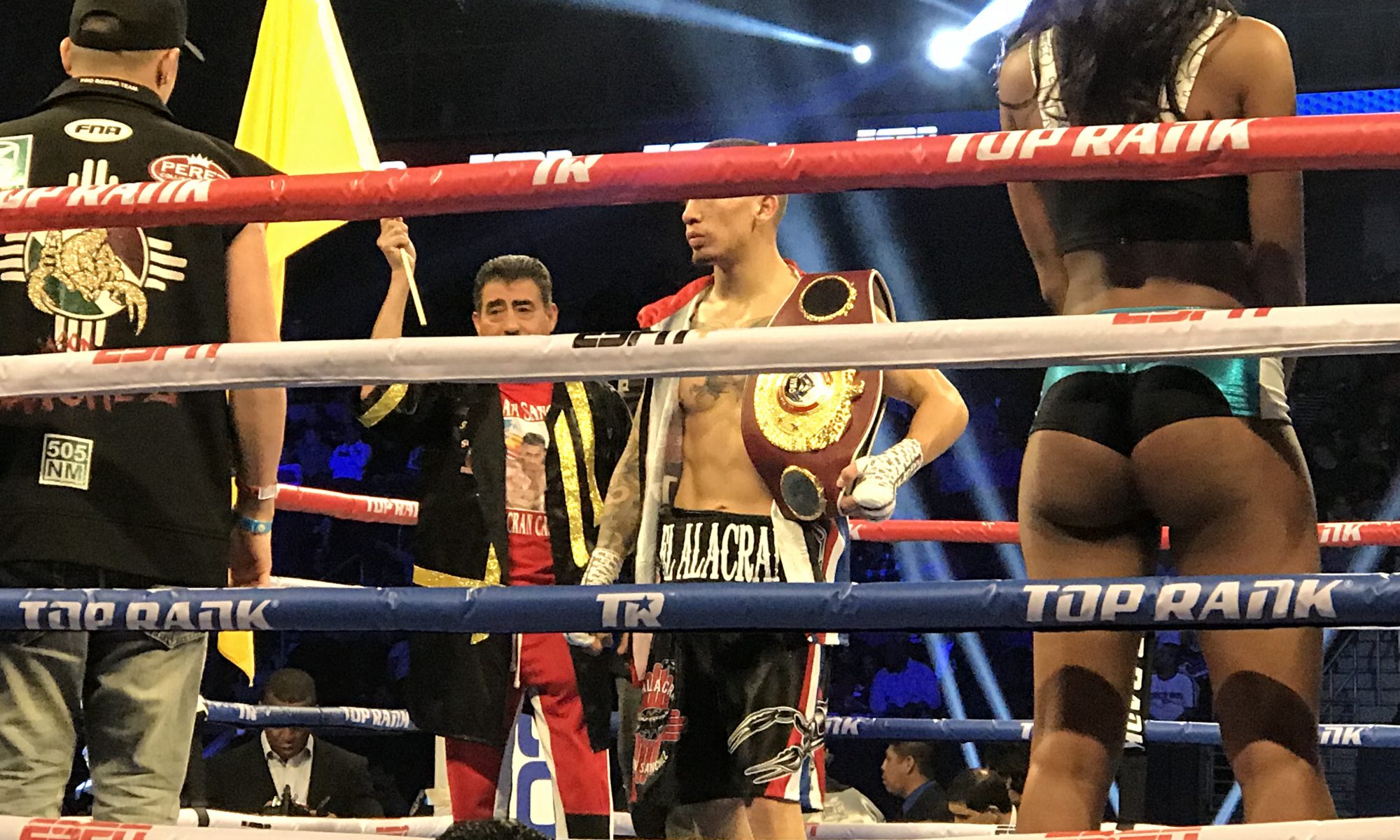 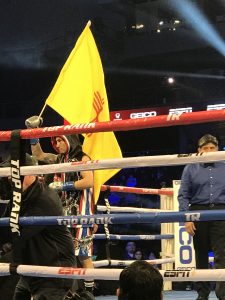 New Mexico’s undefeated world ranked contender Jason Sanchez, 125.4, had his first taste of the big stage as he stepped in the ring with Ixtapa Zihuatanejo Mexico’s Daniel Olea, 125.5, in the third fight of the night. Sanchez boxed well early on but the aggression he showed in Panama City in his last fight quickly emerged when he rattled Olea with a well times overhand right that sent the Mexican back into the corner a minute into the fight. Olea covered up and quickly moved out of the corner but he was unable to keep the Albuquerque native off of him. Sanchez turned into a hunter, stalking his prey, and showed a dazzling array of punches as he mixed up heavy punches upstairs with a solid body attack that had the Mexican doubling over at times. In round two Jason boxed well early on and continued his effective counterpunching as Olea tried to lunge in with looping punches. Although Sanchez did lose his mouthpiece in the second round he maintained complete control of the fight and timed a pictutre perfect overhand right that sent Olea crashing to the canvas. Although Olea rose on wobbly legs referee Gregorio Alvarez waved the fight off at 1:35 of round two. With the win Sanchez improves to 14-0, 7 KOs while Olea drops to 13-7-2, 5 KOs.