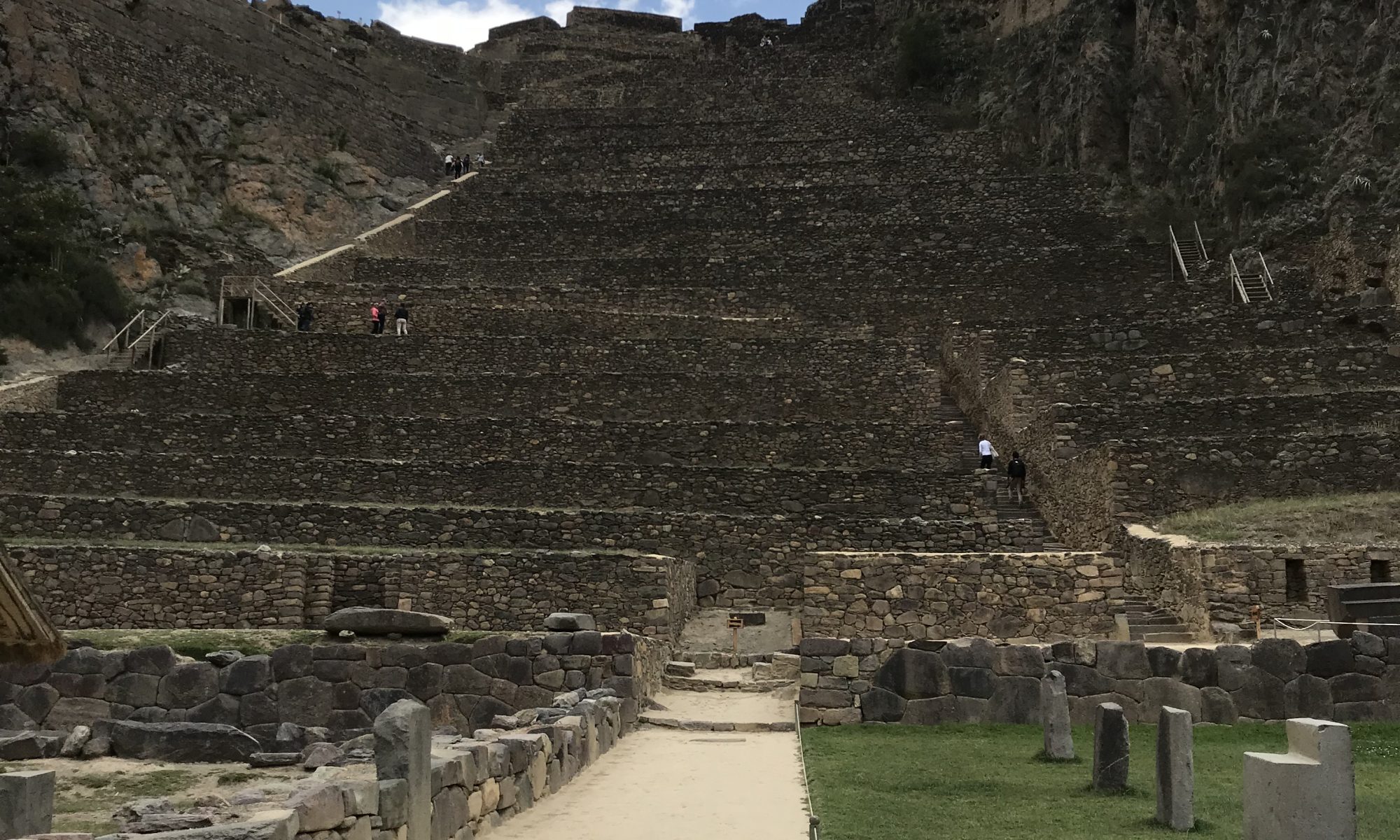 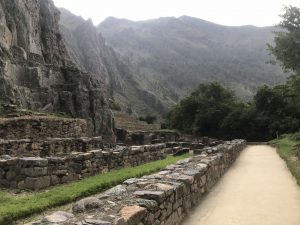 You sometimes can’t help but wonder if Ollantaytambo has a Laughlin, Nevada problem.  It is an amazing archaeological site.  In any other country in Latin America it would be the highlight of any tourist’s visit and probably featured prominently on their currency.   Just like if you threw Laughlin in any other State other than Nevada it probably would be a pretty cool town that would be a favorite weekend getaway for locals and maybe even a bit of a tourist draw.  At the very least it wouldn’t be the butt of jokes.  But when your just a (sort of) cool little casino town less than 100 miles from Las Vegas you just never get a fair shake.  You just can’t ever get out of your big brother’s shadow. 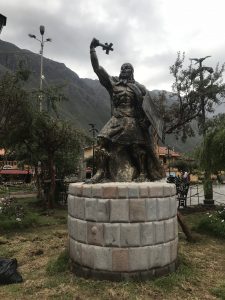 I know on my first visit to Peru I spent just enough time in Ollantaytambo to get to the train station and didn’t spend any time touring the only remaining inhabited Incan town…or the Archeological Ruins of Ollantaytambo (a former military, agricultural, and religious center). The city of Ollantaytambo was the scene of fierce fighting between the Spanish and the Incans in 1537 and much of the complex (and town) was subsequently damaged. But even if not as well preserved as Machu Picchu it was of considerably more importance and considerably more important historically.  And considering my father and I both planned to visit some of the sites in Cusco, we knew that the 130 sols (or about $40 USD) for a “”Boleto Turistico del Cusco” (tourist ticket of Cusco) would be a good investment. The toursit ticket of Cusco is a ticket that allows you to enter sixteen different toursit sites in the greater Cusco area, with Ollantaytambo being the most notable. What was most promising was that the tourist tickets of Cusco were available for sale at the entrance of the ruins, something that didn’t seem to be always the case according to other bloggers (although they only took cash payment). We purchased our tickets at the front and soon made our way up the stairs to the Templo del Sol (Temple of the Sun), which remains one of the most impressive sites in the Sacred Valley despite the fact that much of the Temple was destroyed in 1537. 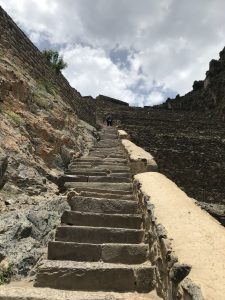 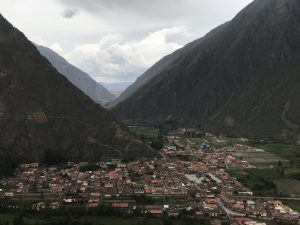 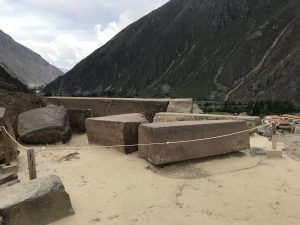 From the top of the stairs the views of the town (and the terraces along the stairs) were amazing, and it was enough to prompt me to expand my visit to include Inka Watana.

Inka Watana was a, well, I’m not sure what it was but it was the highest point at Ollantaytmbo and included a 45-minute hike up the side of the mountain on a narrow dirt path.  Although time was a concern once I reached the top I was happy with our decision.  It was quiet, peaceful, and well worth it just for the view. 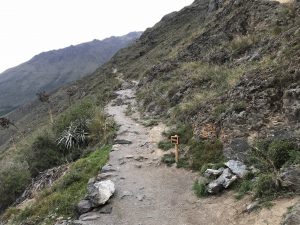 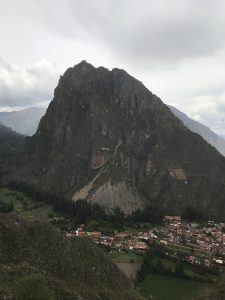 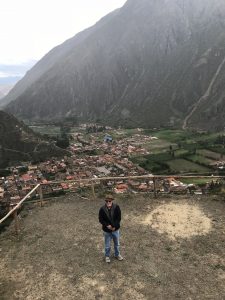 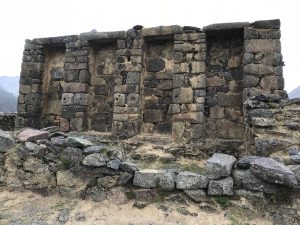 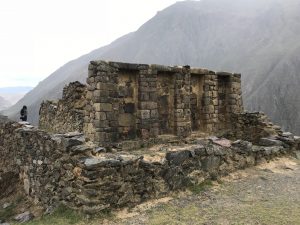 Our return down the path included a pass through the Military Zone and Qolqas before we took a tour of the Inka Misana near the entrance. 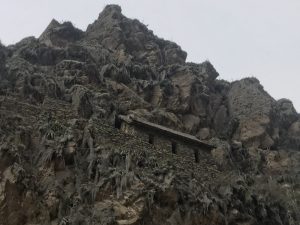 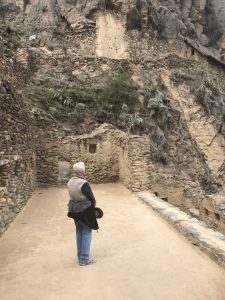 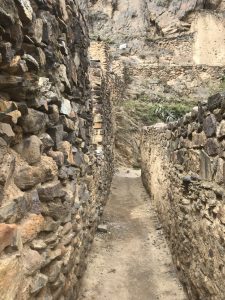 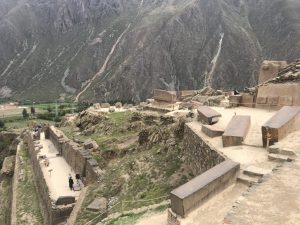 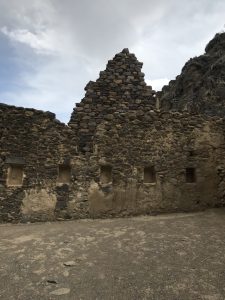 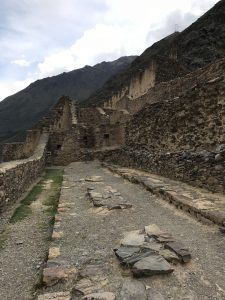 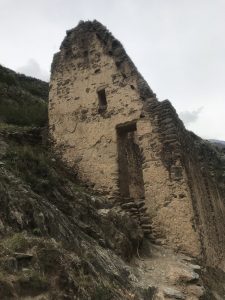 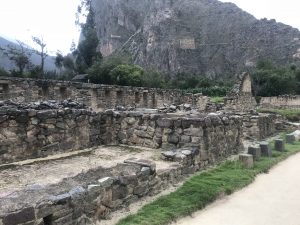 The whole tour look less than three hours and that was taking our time to admire the site.  Again, I can’t help but think this would have been the highlight in any other country…but it Peru it was just a side trip folks did on their way to Machu Picchu.  But if you do find yourself at the train station at Ollantaytambo waiting for your Peru Rail train to Machu Picchu Pueblo someday, take a few minutes to tour where the Incan Empire made it’s final stand against the Spanish…and admire what will be the second most breathtaking place you’ll visit in Peru. 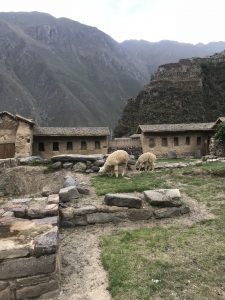