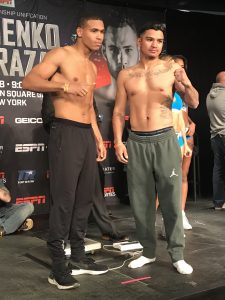 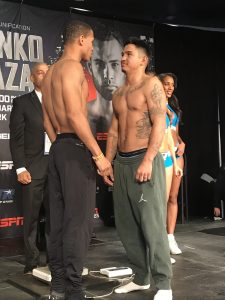 New Mexico fight fans will be pleased to know that one of our own is fighting on the undercard of the ESPN televised Lomachenko-Pedraza fight in New York City on December 8th.  At the weigh in Denver based Daniel Calzada (16-19-3, 2 KOs) weighed in at a ready 147.6 for his four round welterweight fight against undefeated Brian Ceballo (5-0, 3 KOs).  Ceballo weighed in at 147.8.  Although Calzada lives and fights out of Colorado he was originally from New Mexico and was born in Dona Ana. 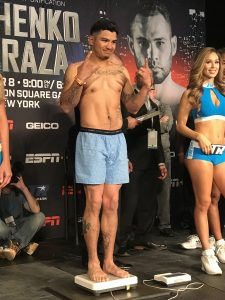